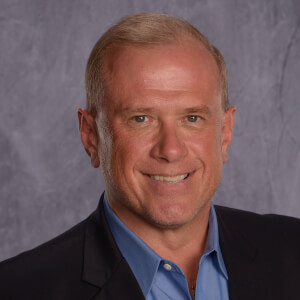 Robert Krzak is the Founder and President of Gecko Hospitality, a Florida-based corporation that has over 80 Gecko Hospitality Restaurant Recruiting franchise offices nationwide. The hospitality business has been Krzak's life work, beginning with his early days in a family owned restaurant, and later as a teenager working in fast food eateries, and after college, MANY, full service restaurant chains.

After realizing that he wasn't cut out to be a "career" restaurant manager, Krzak met Bill Timmons of Resources in Food, a man who immediately and unconditionally believed in Krzak's ability to educate and assist restaurant managers with their employment decisions. In 1997, Krzak opened his first recruiting office in Indianapolis, Indiana under the name "Resources in Food". Six months later, locations in Columbus, Ohio and Cleveland, Ohio had opened and became the highest producing offices for the entire organization. In 2000, Krzak sold his franchised offices back to Resources in Food and four months later developed Gecko Hospitality. Gecko's first corporate office was located in Charlotte, North Carolina and Krzak continued to develop the Gecko Hospitality concept and in 2004 realized that the only way to successfully build this company was to be surrounded by professionals who believed in the same philosophies and principles that have helped grow the company so quickly. In late 2004, Krzak began franchising by word of mouth. Through his experience in restaurant operations and especially in the recruiting business, Krzak formulated a philosophy based on the importance of Franchise Partners, of sharing responsibilities and profiting with them, and of developing and growing together. Today, Krzak has 40 working Franchise Partners, some of whom have come up through the organization. Krzak's guiding philosophy is that he is not interested in being the richest restaurant recruiting firm; just in being the best he and his Franchise Partners and employees can be. He places enormous value on the Franchise Partners and employees who work for Gecko Hospitality and feels tremendous responsibility for their continued success. Krzak's personal life revolves around his family. He and his wife Sheri have three children Alex, Jordan and Julia. Both Krzak and his wife Sheri graduated with their degrees from Western Illinois University.